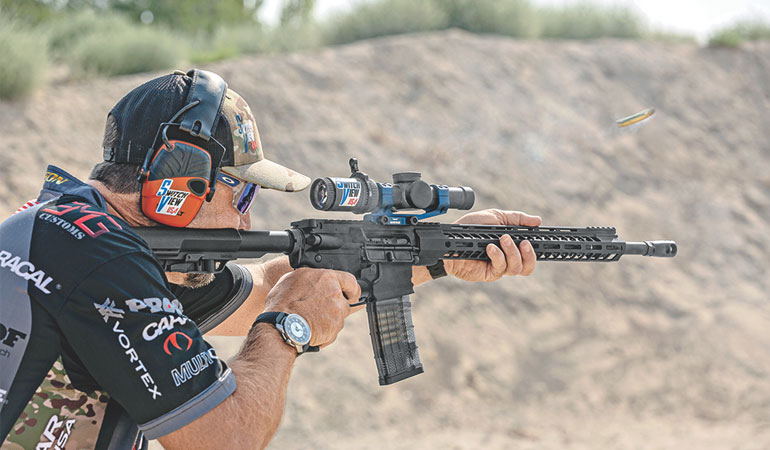 3-GUN is one of the fastest growing shooting sports and is an action packed gun competition.

The targets might include clay pigeons, cardboard silhouettes, steel targets of varying sizes. Distances of the targets might vary from 1 yard to 200 yards or anything in between. The shooter who hits the most targets and avoids certain “no shoot” targets in the least amount of time is the winner.

Just as it is with the practical pistol matches, 3-gun simulates combat or self-defense situations. A stage provides a certain scenario for using one or more of the guns in a specific sequence. Each stage in each match will usually be different than any you’ve shot before.